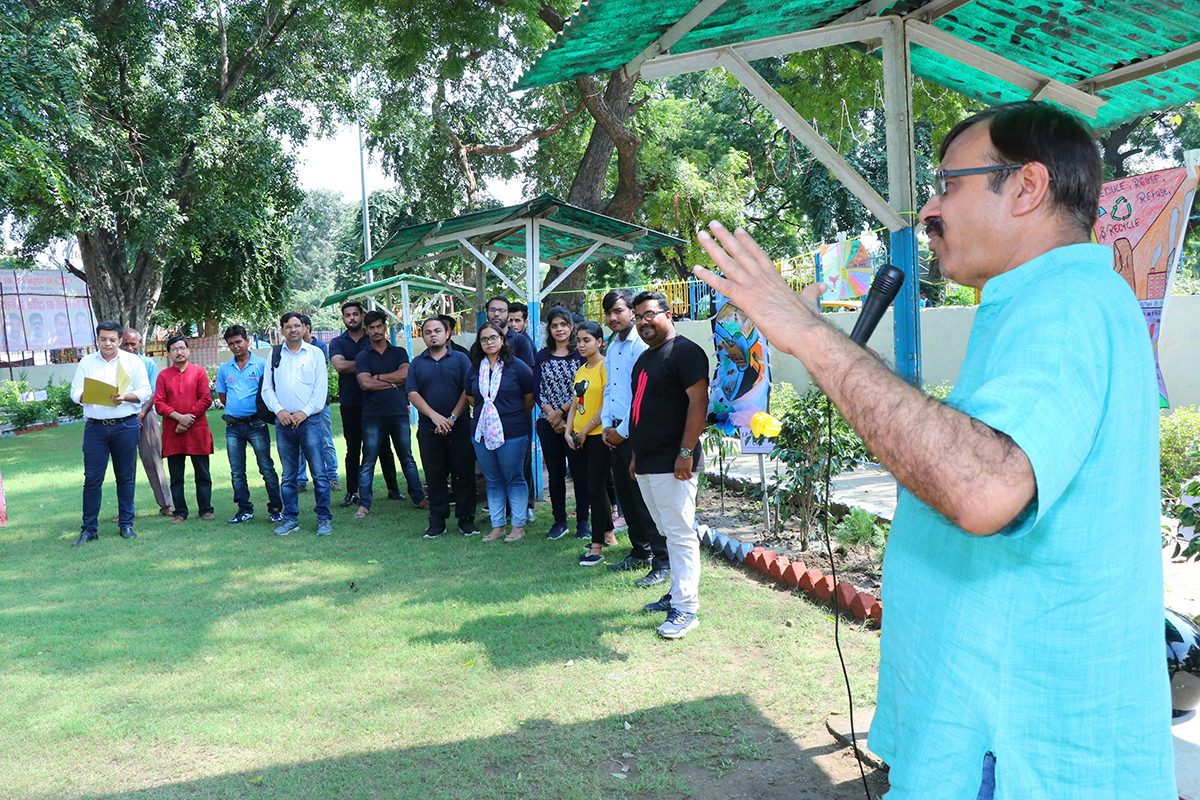 On the occasion of Gandhi Jayanti and Shastri Jayanti, the team HIMCS has organized the poster, collage and elocution competition for MBA and MCA Students on the broad theme of banning single use plastic, non-violence and Satyagrah at Raja Ki Mandi Railway Station.

The program was started with welcome speech of Dr Naveen Gupta (Director-HIMCS). He mentioned about the twin cardinal principles of Gandhi’s thought i.e. truth and nonviolence. Gandhian philosophy is not only simultaneously political, moral and religious; it is also traditional and modern, simple and complex. It embodies numerous Western influences to which Gandhi was exposed, but being rooted in ancient Indian culture and harnessing eternal and universal moral and religious principles, there is much in it that is not at all new. “The four words, truth, nonviolence, Sarvodaya and Satyagraha and their significance constitute Gandhi and his teaching.” These are indeed the four pillars of Gandhian thought.

The enthusiasm among students was very high. They took part in various activities like collage, poster and speech competition so eagerly. The judges of the event were Mr Rajendra Singh (Station Manager-RKM), Dr Anju Jain (Prof- RBS College) and Mr Abhishek Mahajan (PDP and SWOT Skills Trainer-Rubicon Skills Pvt Ltd). At the end, best effort in all three categories was appreciated by giving them first, second and third prizes. Then event coordinators were Dr Gunjan Bhatnagar and Mr Shantanu Kr Sahu.

The elocution winner Ms Aishwarya Bulani from MBA Ist Year said that Plastic waste is at epidemic proportions in the world’s oceans with an estimated 100 million tonnes dumped there. Scientists have found large amounts of micro plastic in the intestines of deep-dwelling ocean mammals like whales.

Mr Vishal Prakash Jadon from MBA IInd Year mentioned that small-sized plastic bottles used for pharmaceutical or health products should be exempted as there is no alternate available. Sachets made from so-called multi-layered packaging should also not be banned, as that could disrupt supplies of products like biscuits, salt and milk, the confederation said.

Mr Prashant Kumar Rajavat from MCA Ist Year talked about Satyagraha. He said Satyagraha or holding onto truth or truth force – is a particular form of nonviolent resistance or civil resistance. It is not the same as passive resistance, and advocates resisting non-violently over using violence, but at the same time advocates using violence over cowering in fear. 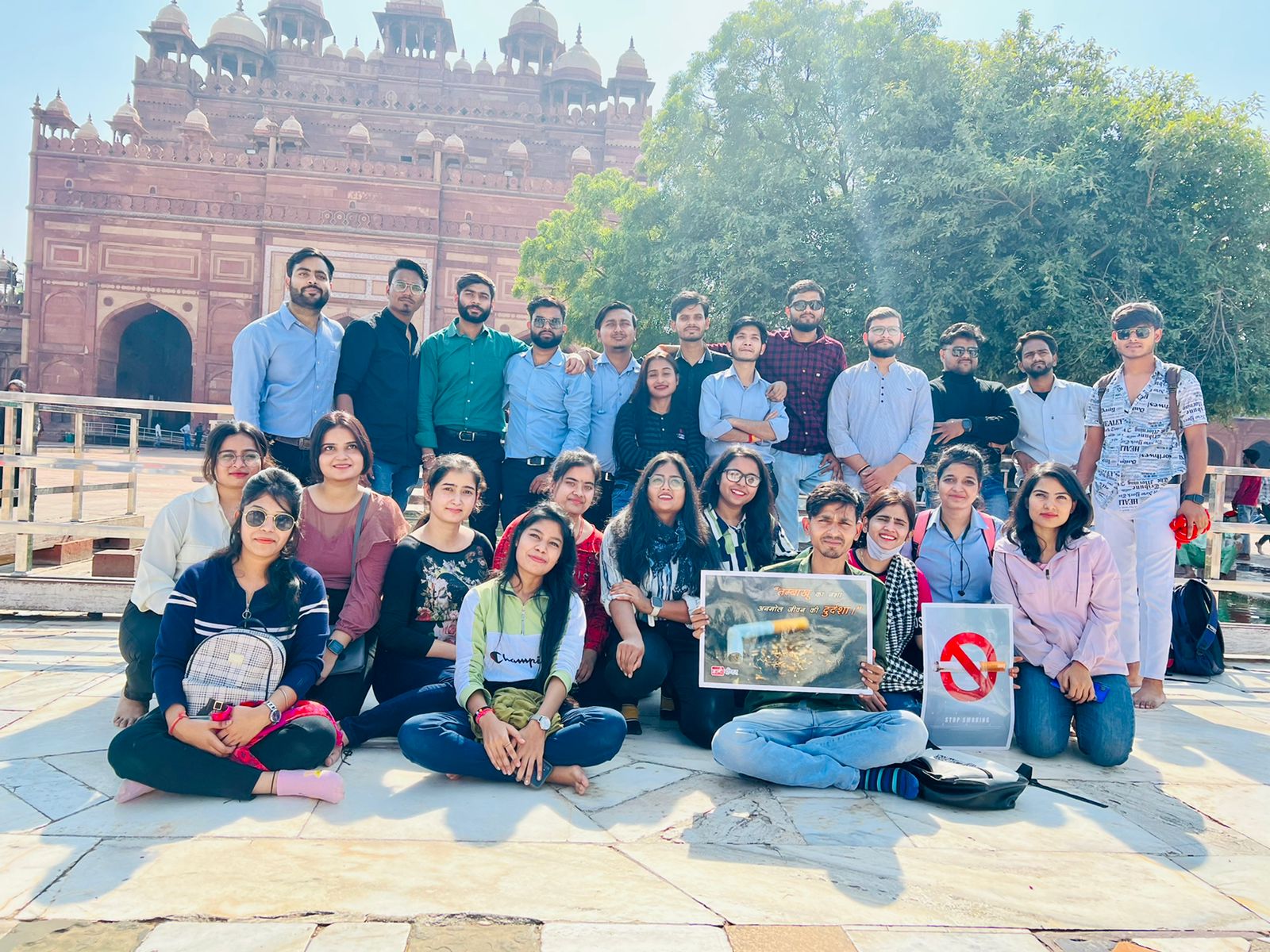 Nov 18, 2022 HIMCS News
"Give up tobacco today, otherwise see your future, get drowned in the smoke" To stop the growing menace of tobacco among the youth, Hindustan Institute of Management and Computer Studies organized a one day tour ... 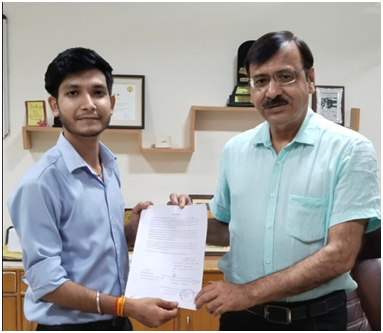 Student selected for internship by MGNCRE, Ministry of Education, Govt of India 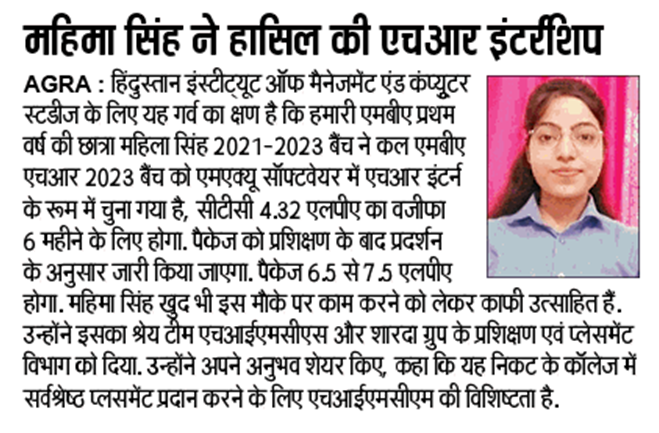 Student Of HIMCS Bagged HR Internship In Her First Attempt

Aug 18, 2022 HIMCS Events, News, Students Achievements
Mahima Singh, an MBA student from the 2021–2023, class of Hindustan Institute of Management and Computer Studies, has received her first job offer as an HR intern at MAQ Software. Mahima Singh, an MBA HR 2023 ...